13 Weirdest Things To Do In LA

Looking for something to do off-the-beaten path in LA? From the Philosophical Research Society to the secretive Magic Castle, or a tour of Randyland... Los Angeles' strangest experiences await you. 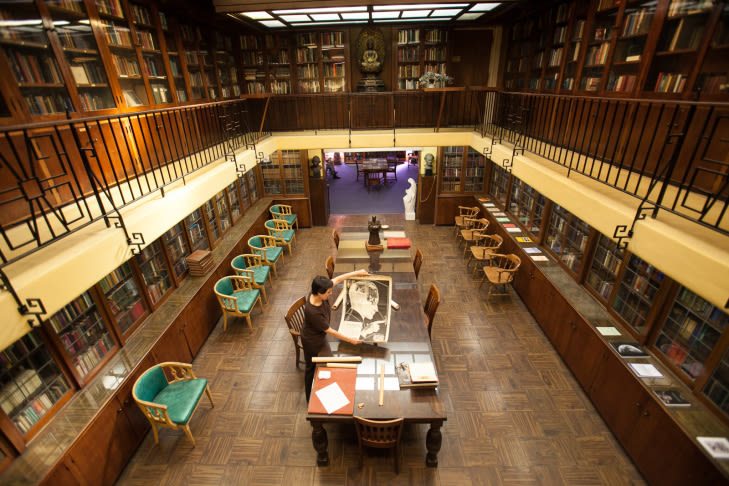 In the early 20th century, one Manly Palmer Hall found himself drawn into mysticism and esoteric teachings. He became a minister of the Church of the People and collected followers including a wealthy oil family who would go on to subsidize his travels across Asia and Europe, collecting an elaborate library of ancient metaphysical texts as he went. Those volumes and others (including tomes which are said, alternatively, to have belonged to Napoleon and influenced Ronald Reagan) are now available to the public at Philosophical Research Society. Rumor has it that special permission must be obtained to view the private collection of texts on 'black magic.' 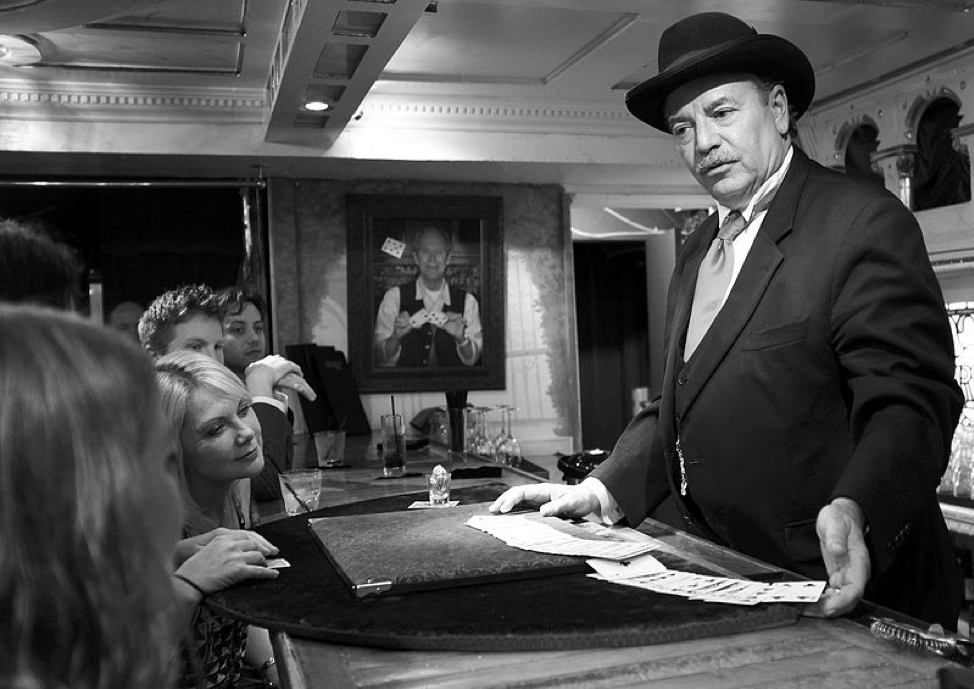 The over-the-top Hollywood chateau was built in 1909, but things got more magical – and distinctly weirder – in 1962. Now the Magic Castle offers guests and members a kooky maze of secret passageways, fake bookshelf doors, cowboys performing card tricks, and assorted other amusements around every corner. Oh, and the all-time greatest dress code (formal attire required, including ties for men, though ascots, jeweled collars, and ruffled collars are explicitly allowed). If you want an invite, just ask your local magician; we hear Neil Patrick Harris has the hook-up. 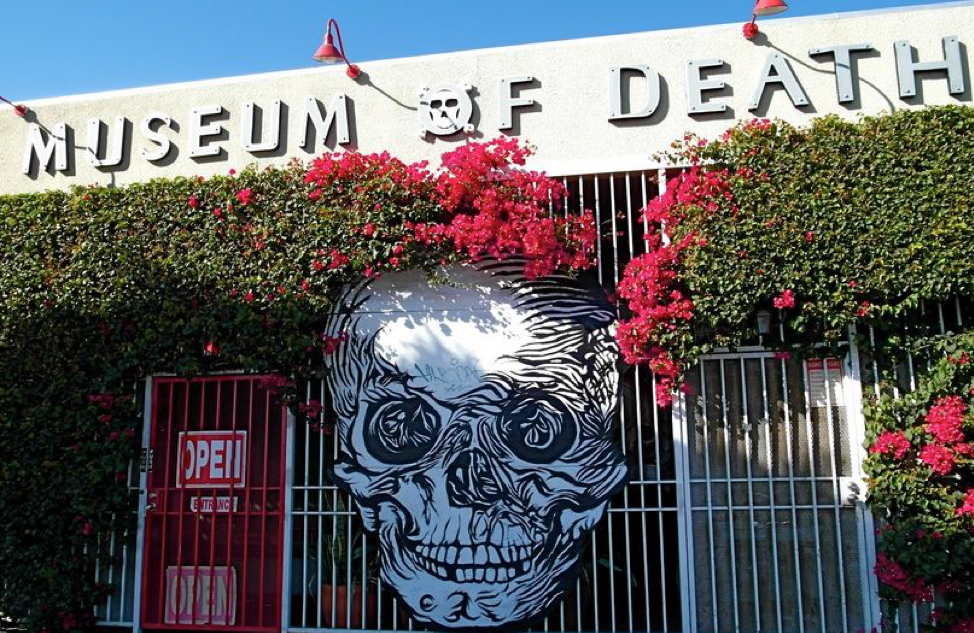 The Museum Of Death in Hollywood is home to everything from artwork created by actual serial killers, to crime scene photos of famous murders like The Black Dahlia. If death is something that bothers you, this museum might be a little too much to stomach. For those who are fascinated and intrigued by murder mysteries and the psychology of death, however, this is an essential place to visit. Did we mention that they even had an exhibit on the life and death of GG Allin at one point? To really sum up this place we consulted the last sentence of their homepage which reads, “There is no age limit for the Museum of Death, because WE ALL DIE, but we STRONGLY recommend MATURE AUDIENCES! There have been a number of falling down ovations (people passing out) at the museum (mostly men)... so we stress that you should be prepared for a good dose of reality!” 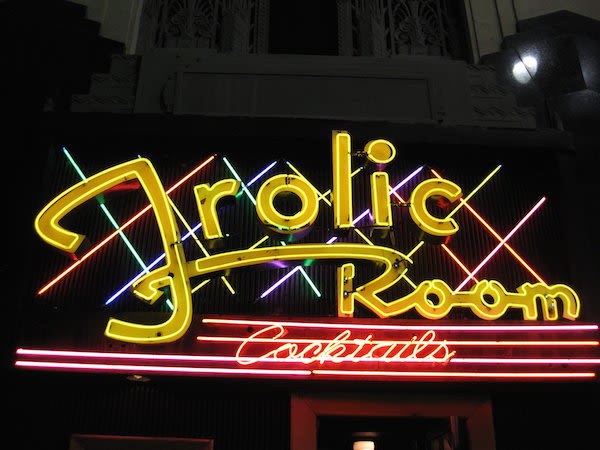 Both The Frolic Room and Roger’s Exciting Tattle Tale have some of the most exciting neon signs within the LA city limits, and inside they each rival each other for best dive bar. The Frolic Room was a favorite of Bukowski’s but these days you are more likely to hear Slayer blaring out of their speakers. Roger’s Exciting Tattle Tale has some of the best drunken Karaoke on the west side, and on certain days of the week it wouldn’t be out of the ordinary to see some older patrons ignoring current laws by smoking the occasional cigarette inside. These bizarre bars, are perfect for a first or final stop on your trip through all of these strange attractions in LA. 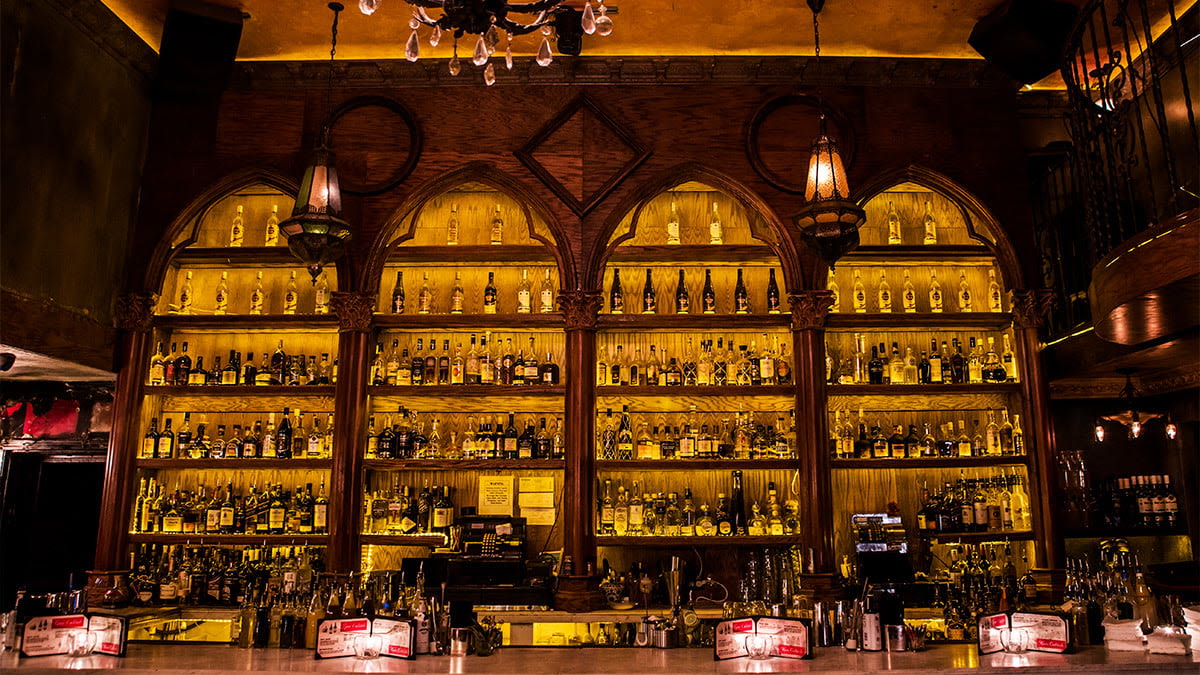 Let's say you want weird, but your significant other was hoping for a fancy night out. Perhaps you just want to test your Tinder date's tolerance for the slightly-bizarre over some rum cocktails. Either way, La Descarga is your spot. There are rules: You must reserve in advance and you must dress up. Oh, and actually getting into the bar will involve a staircase and a closet. But once you arrive, you'll find a pretty unusual boîte, with surprise performances, cigar-smoking chambers, and mojitos by the bowl. 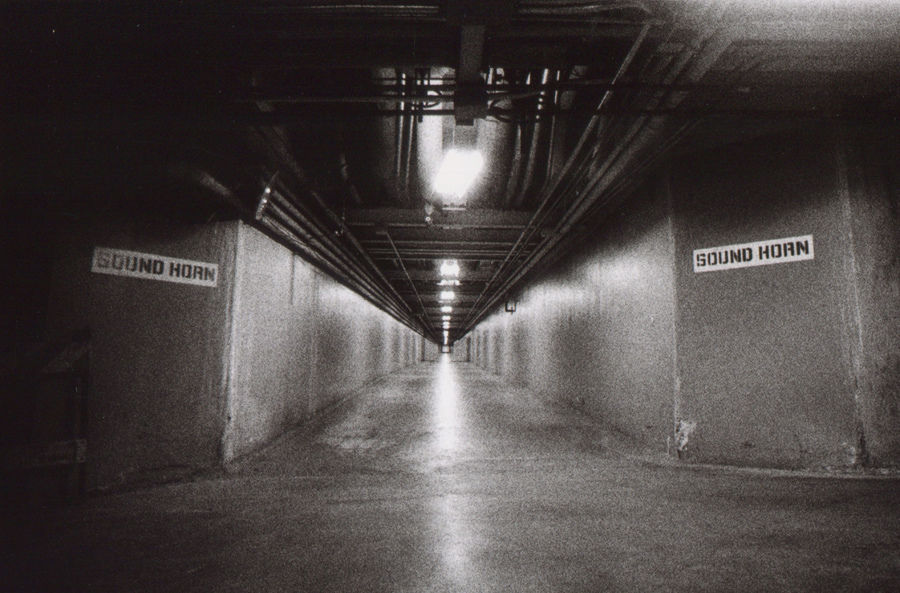 As you walk the streets of downtown Los Angeles, you are hovering above over eleven miles of abandoned tunnelways. Originally built for moving horses, an early subway, or for transporting goods underground, the tunnels saw their heyday in the 1920s when they served as freeways for bootleggers running rum and setting up speakeasies. The basement of today's King Eddy Saloon (back then the storefront was a "piano shop," wink wink) is one entrance to the tunnels. Another can be accessed via a forgotten elevator that still stands behind the Hall of Records on Temple Street – if you can find it. 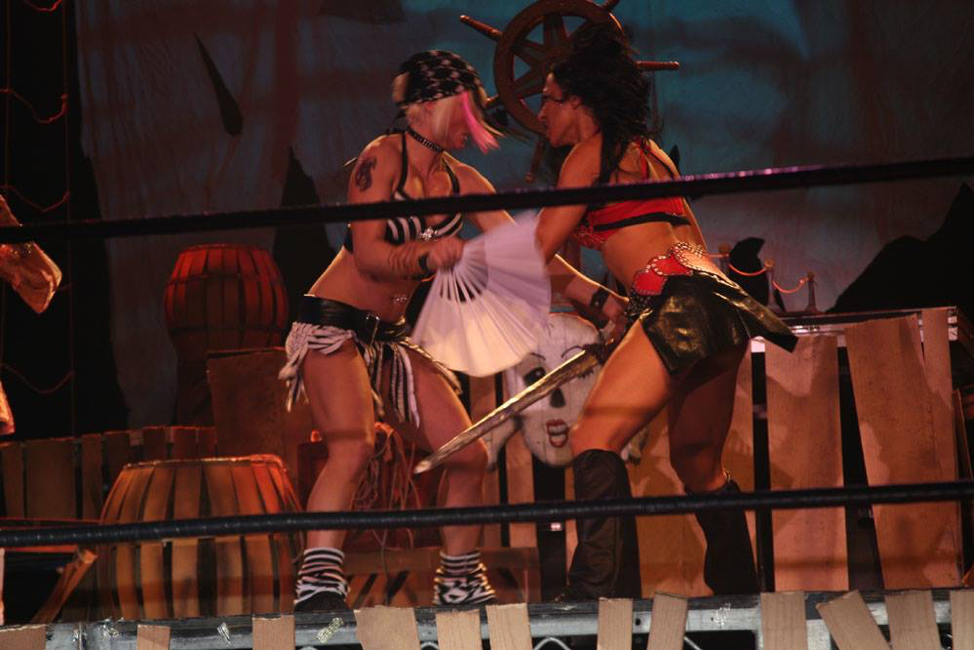 Lucha VaVoom is the perfect intersection between Mexican masked wrestling, burlesque dancing, and comedy. Most of the time the event takes place at the already exciting Mayan Theater in downtown. Thousands of Angelenos, among them comedian and musician Jack Black are already huge fans. Some of the upcoming additions of Lucha VaVoom will even include sword fighting between masked pirates and a night of Mexican horror stories. 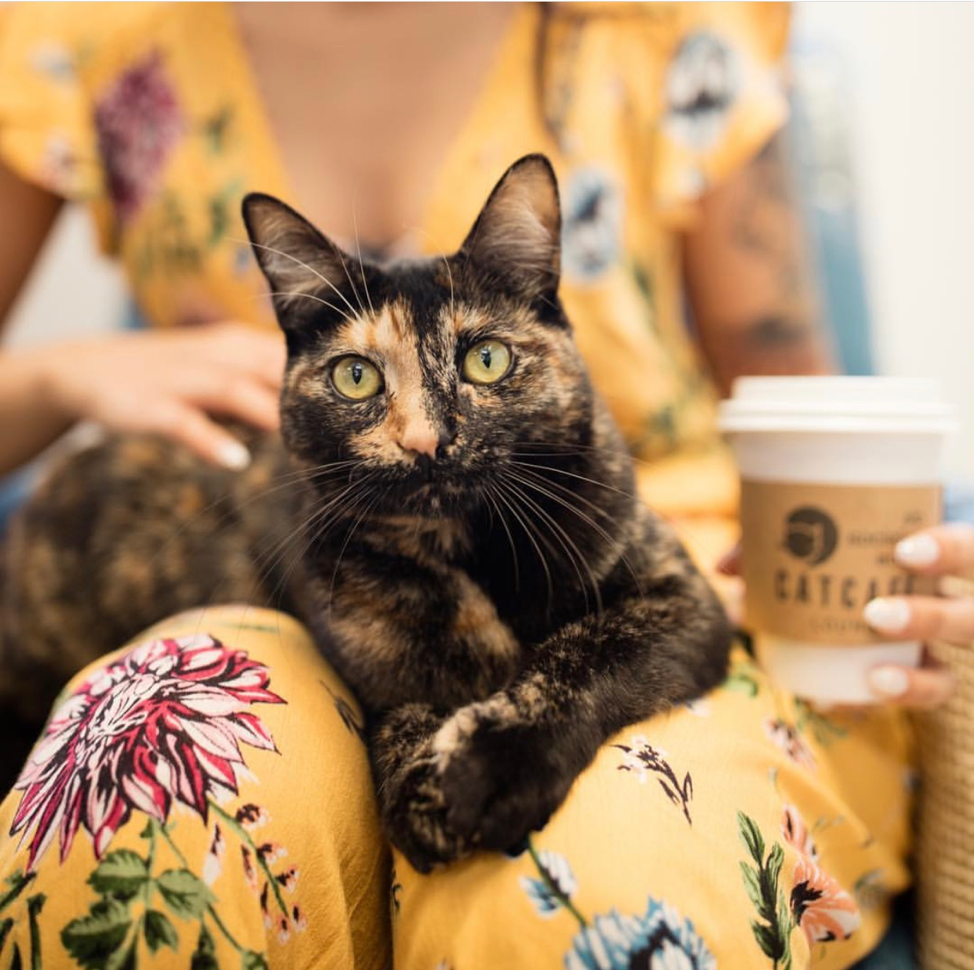 The Cat Café Lounge is the purrrr-fect place for coffee lovers, cat lovers and eccentrics alike! This unique feline friendly café is a non-profit organization whose mission is to socialize cats and increase adoption rates in LA county while reducing euthanizations. Patrons are welcomed to sip on their lattes as they’re surrounded by a room full of over 30 cats ready to be adopted. The open, playroom-like environment allows cats to be comfortable and relaxed, enabling them and their potential adopter to make a lasting connection. 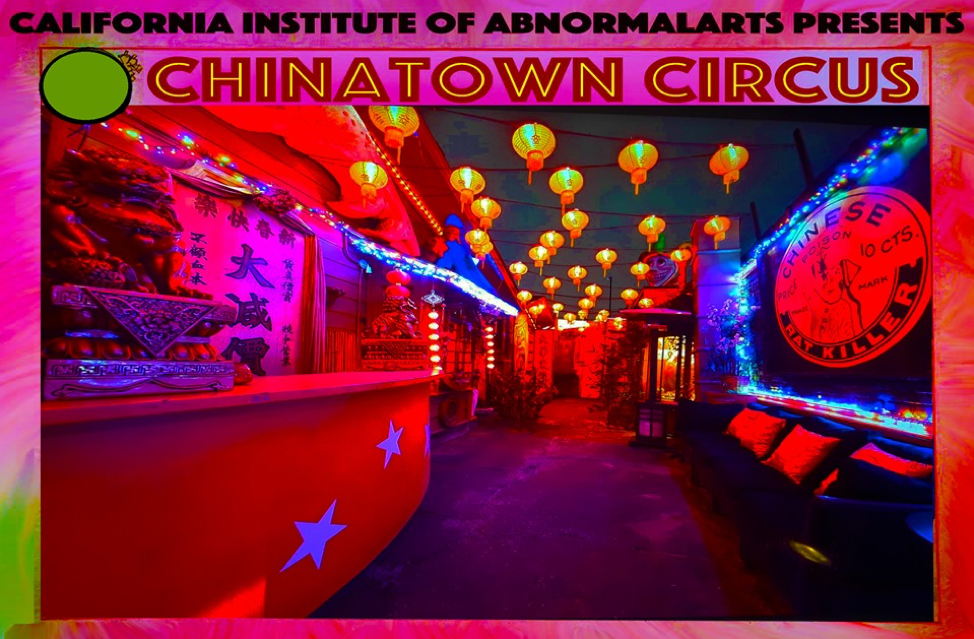 Dead clowns, mummified little people and two headed babies! What sounds like the beginning of a truly terrifying scary movie can all be found at the California Institute of Abnormal Arts, C.I.A. for short. Contrary to what the name may suggest, this establishment is not a school but rather a nightclub and sideshow museum with a one of the largest collections of freakshow memorabilia. One patron described a visit to CIA like, “going to the circus on acid...then getting kidnapped by the clowns and taken on a wild joyride around town.” 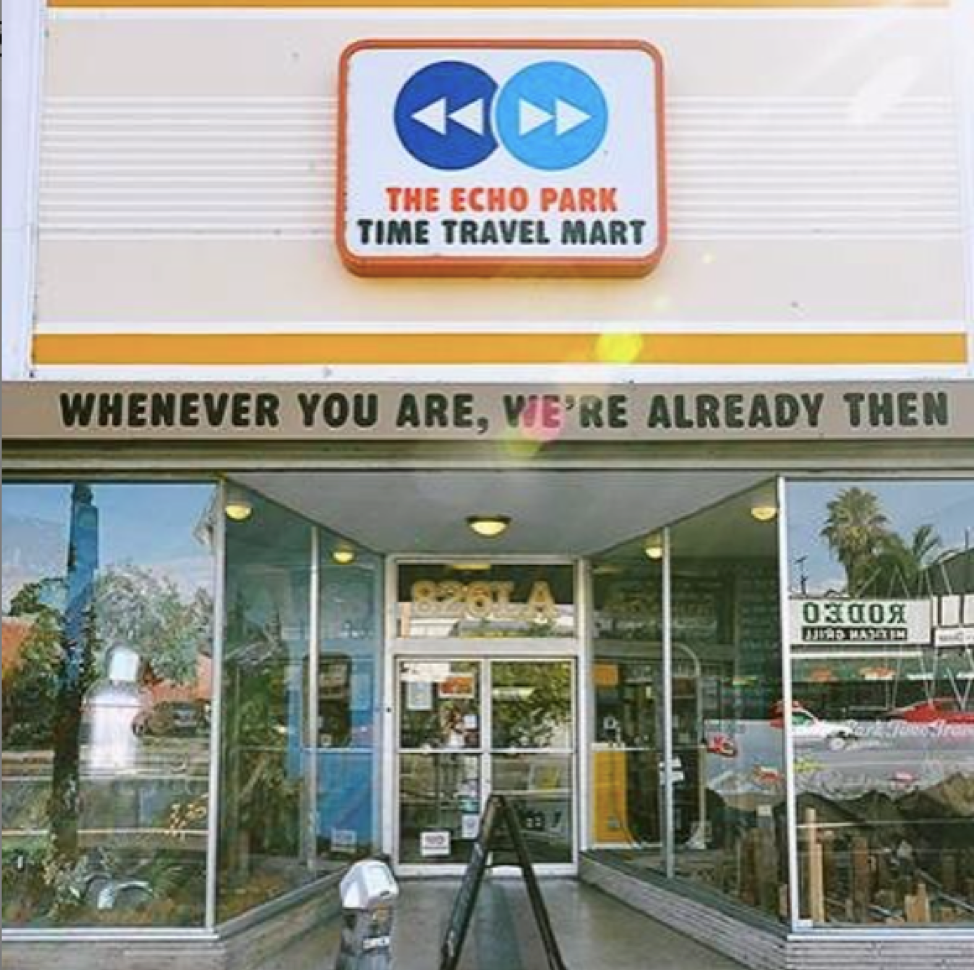 This store front sells all the necessary essentials for every modern time traveler’s trip through the fourth dimension. From canned Wooly Mammoth Chunks to Dolly’s Anti Cloning Fluid, you’re sure to be left truly in awe at the wide variety of odd products sold at this truly peculiar convenience store. All proceeds help support the free programs at 826LA, a nonprofit organization dedicated to supporting students ages 6 to 18 with their creative and expository writing skills, and to helping teachers inspire their students to write. 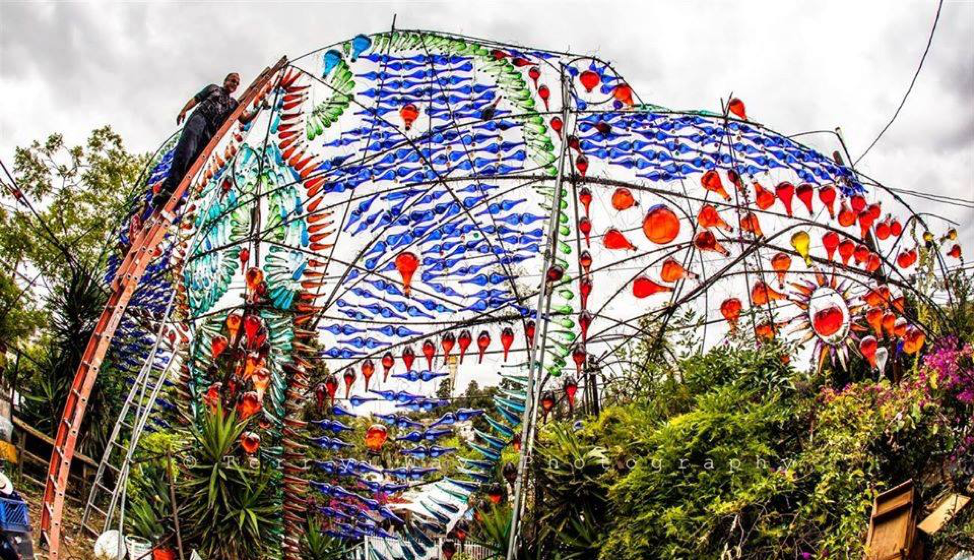 Echo Park resident, Randell Lawrence, is best known for this massive beautifully colored glass sculpture he designed in front of his house that pays homage to the sun’s light. Randell has been working on the sculpture for over ten years and invites one and all to his home to see Phantasma Gloria catch the light. Appropriately named Randyland, Randell’s hopes to surround his home entirely with glass, bathing all of Randyland in colorful light. 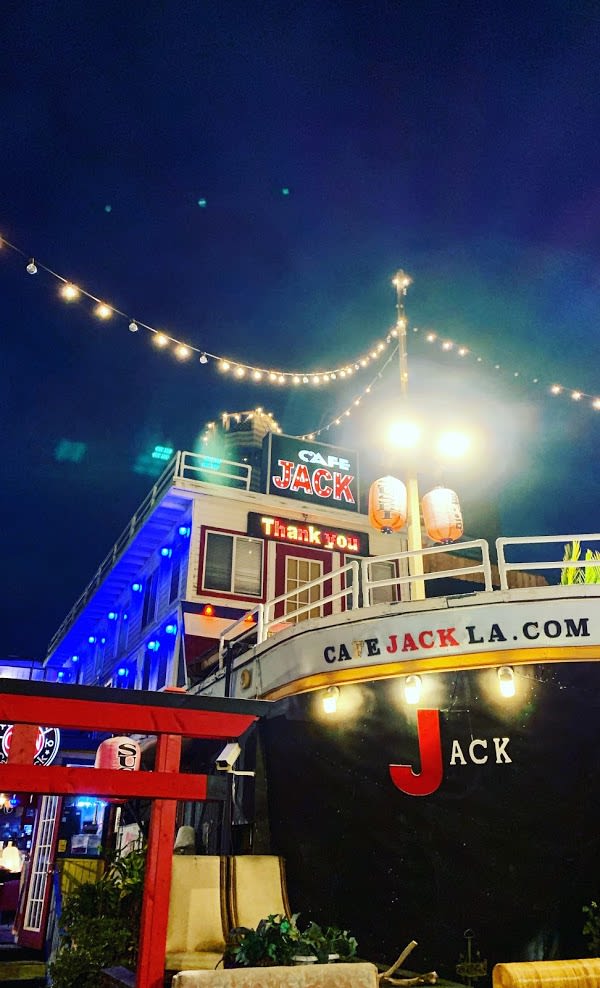 This quirky Koreatown eatery is owned by a Titanic super-fan who changed his name to “Jack” in honor of the film’s main character. The café’s owner, Jack Shin, managed to build a small replica of the ocean liner he saw on the big screen and converted the ship into a Korean restaurant. What really draws people in, aside from the maze of private karaoke rooms, are the tarot card readings done by the Café Jack owner himself! This café is truly a melting pot of pop culture, so whether you’re looking from some great Korean food, looking to get your cards read or just love Titanic as much as Jack Shin, there’s really something in store for everybody! 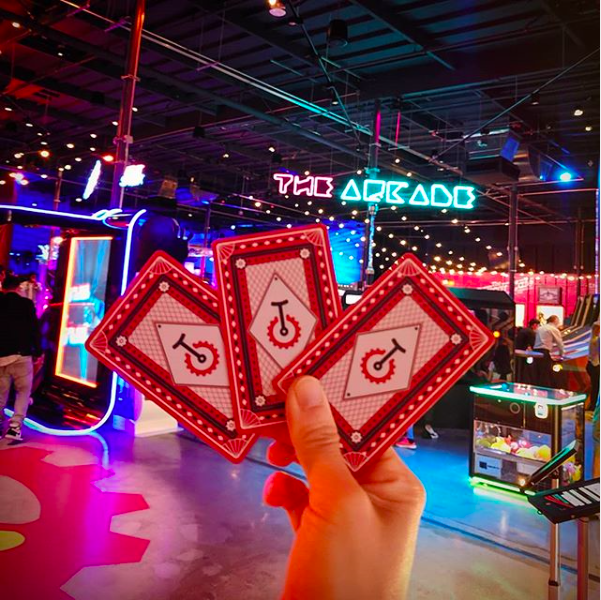 Don’t expect to find any juggling clowns under this circus’ big top, you’ll only be met with a world taken over by virtual reality. Two-Bit Circus can best be described as an “unforgettable interactive digital playground of amusement for all ages”, or at least that’s what it says on their website. This micro-amusement park offers a wide selection of tech-based games that take players on missions into VR worlds and teaches them that robots are our friends, not foes. So, make sure to grab a drink from the bar before entering the arena to have a truly remarkable virtual reality experience.